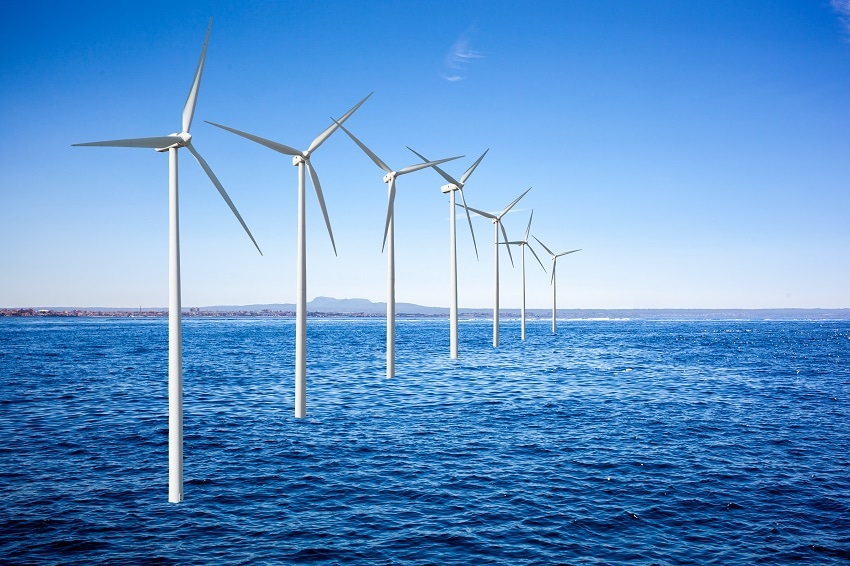 Recently there has been a lot of talk about introducing multiple offshore renewable energy planning developments (OREPD) off the coast of Ireland.

This, if implemented will put Ireland at the centre of the worlds wind farm energy generation.  Offshore wind farms have the same advantages as land-based wind farms. It is a renewable clean source of energy, that is cost-effective and sustainable for Ireland.

Wind powered plants have relatively little impact on the environment compared to the conventional power plants. At the moment Ireland’s main source of energy are carbon intensive fossil fuels.

Could offshore renewable energy wind farms be the answer?

As there is very little base line data on the effects of marine animals and birds, we are not able to state for definite if offshore wind farms will have a potentially negative or positive effect on marine life.

During the construction stage of the offshore wind farms has the highest level of impact on marine wildlife. The main noise pollution for marine life comes from the pile driving stage when the wind turbine is being attached to the sea floor by dredging, drilling and pile-driving. The minimum radial distance to be clear of marine mammals for both dredging, drilling and pile-driving should be 1000 m from the sounds source according to the Code of Practice for the Protection of Marine Mammals. [3] [6]

I think its worth while noting that Irish waters were declared a whale and dolphin sanctuary in 1991 meaning these marine animals are protected under national legislation. [1] Furthermore, there are Nineteen current marine protection regulations in which the Irish government or corporations must abide by when building at sea to fulfil their ethical, legal and statuary obligations. [2]

The Irish Whale and Dolphin Group (IWDG) is in favour of renewable energy and is not opposed to windfarms being constructed in the marine environment. However, construction and operation of these windfarms should be in line with best practice. [4]

The Future of off-shore wind farms

Since the introduction of the first off shore wind farm Vindeby in Denmark in 1991, there has been evolving technologies.

This has led to the first ever commercial floating wind farm in the world off the coast of Scotland being created. The Hywind has 5 floating turbines with a capacity of 30 MW, this is enough energy to power 22,000 homes.

These ‘Floating’ wind farms have a suction caisson foundation which take up less of the seabed, are easy to commission and decommission, need no seabed preparation, pilling or dredging.

Please see table 1.1 below for the different types of Off-shore foundations for wind farms and the effects on the environment.

“The Irish Wind Energy association (IWEA) says that in 5 years’ time, this sector is very likely to become a game changer in terms of renewable energy in Ireland”. [5]

Many foreign energy groups have commitment to investing billions in Ireland offshore and on shore wind farms, along with Irish company’s like the ESB are said to invest. Also, a full-scale floating wind project valued at €31 million will be deployed off the west coast of Ireland at a site near Belmullet, Co Mayo, by 2022. [7]

For more information on how Ireland is the worst performing Eu country in the fight against climate change check out our article!

Do you know how air quality effects your health?David Attenborough eye opening documentary – A life On Our PlanetWhy has Irish Water called for a national hose-pipe ban?2020 Global Energy review by the IEA – The impacts of COVID-19 on global energy demand and Co2 emissions.7 tips to save energy at home during the covid-19 pandemicPollution levels in parts of the world have dropped dramatically due to the COVID-19 Lockdown.Hand Sanatizer : Make your own WHO approved sanatizer that can kill 99.9 % of bacteria!Sheep’s Wool Insulation the pros and cons.
Cookies are small files that are stored on your browser. We use cookies and similar technologies to ensure our website works properly, personalize your browsing experience, and analyze how you use our website. For these reasons, we may share your site usage data with our analytics partners. You can learn more about how we use cookies by visiting our privacy policy page. Privacy policy. If you continue to use this site we will assume that you are happy with it.OkPrivacy policy