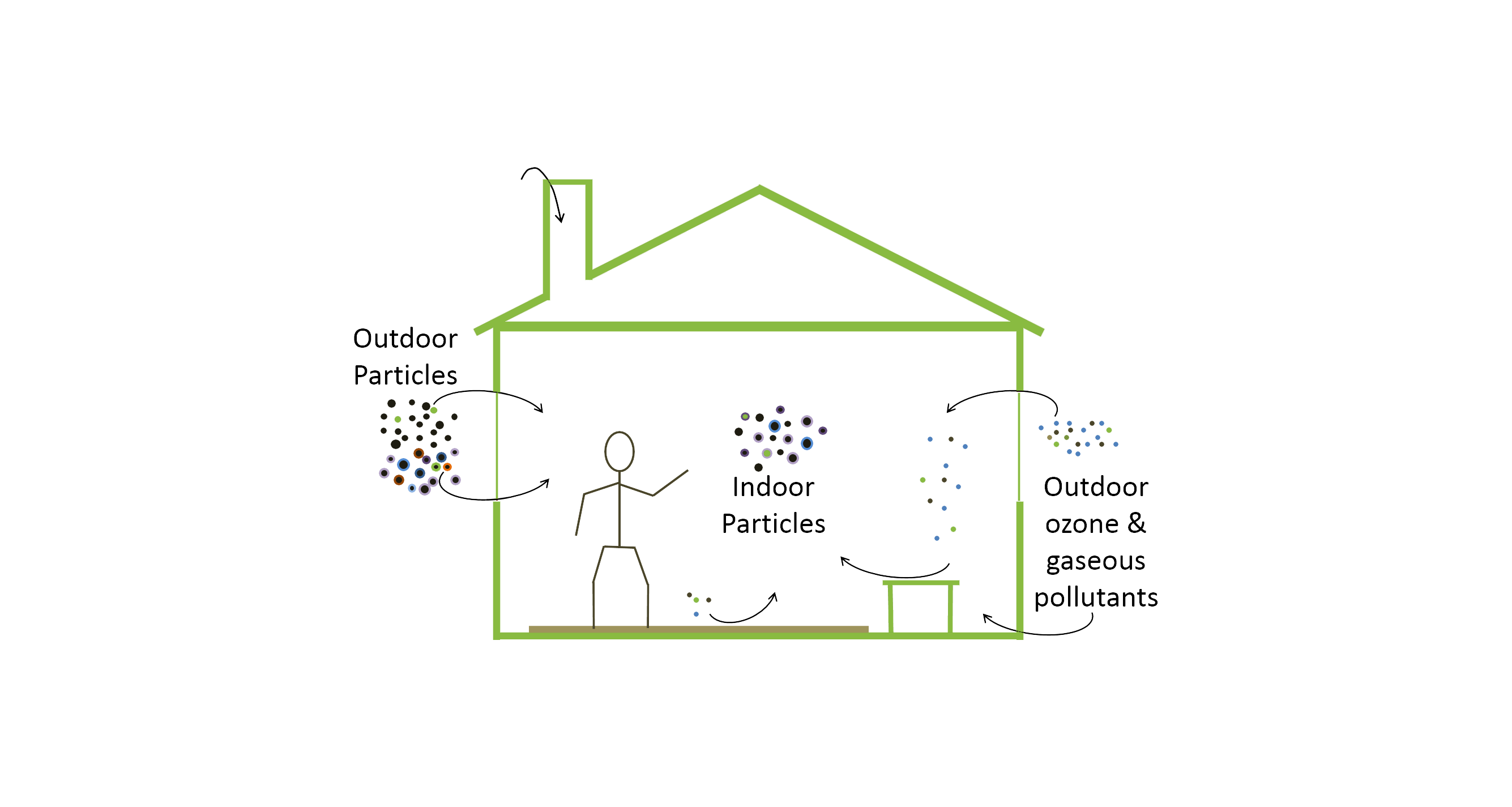 Do you know how air quality effects your health?

Fine particulate matter (PM2.5) is the air pollutant driving the most significant health problems and premature mortality and despite growing improvements to the air quality in Europe, PM concentrations still exceed EU limit values and, in large parts of Europe according to WHO air quality guidelines.

Particulate Matter (PM) was the pollutant most response for premature deaths in Ireland, according to the Air Quality in Ireland report 2018 by the Environmental Protection Agency (EPA). An estimated 1300 people are prematurely dying each year in Ireland due to poor air quality according to the World health Organisation (WHO). Poor air quality has short-term health implications such as headaches, breathing difficulties and eye irritation and long-term effects including asthma, reduced liver function or cardiovascular disease. The health effects of air pollution are serious. One third of deaths from stroke, lung cancer and heart disease are due to air pollution. This is having an equivalent effect to that of smoking tobacco, and much higher than, say the effects of eating too much salt. Some researchers are looking to see if there is a link between Covid- 19 deaths and long-term exposure to air pollutants.

Air pollution is a familiar environmental health hazard. When the National Ambient Air Quality Standards were established in 1970 in America, air pollution was regarded primarily as a threat to respiratory health. Over the next decades as air pollution research advanced, public health concern broadened to include cardiovascular disease, diabetes mellitus, obesity, and reproductive, neurological, and immune system disorders.
Air pollution exposure is associated with oxidative stress and inflammation in human cells, which may lay a foundation for chronic diseases and cancer. In 2013, the International Agency for Research on Cancer of the World Health Organization (WHO) classified air pollution as a human carcinogen. This would go on to change our relationship with Air Quality and how we viewed it in relation to health.

What Is Air Pollution?

Air pollution is a mix of hazardous substances from both human-made and natural sources.

Traffic-Related Air Pollution (TRAP) from motor vehicle emissions, may be the most recognizable form of air pollution. It contains most of the elements of human-made air pollution: ground-level ozone, various forms of carbon, nitrogen oxides, sulphur oxides, VOC, polycyclic aromatic hydrocarbons, and PM. Ozone, an atmospheric gas, often called smog when at ground level. It is created when pollutants emitted by cars, power plants, industrial boilers, refineries, and other sources chemically react in the presence of sunlight.

Particulate matter (PM) is composed of chemicals such as sulphates, nitrates, carbon, or mineral dusts. Vehicle and industrial emissions from fossil fuel combustion, cigarette smoke, and burning organic matter, such as wildfires, all contain PM.

A subset of PM, fine particulate matter (PM 2.5) is 30 times thinner than a human hair. It can be inhaled deeply into lung tissue and contribute to serious health problems. PM 2.5 accounts for most health effects due to the fact these fine particles can get deep into lungs and some may even get into the bloodstream.

Volatile organic compounds (VOC) vaporize at or near room temperature. They are called organic because they contain carbon. VOCs are given off by paints, cleaning supplies, candles, pesticides, some furnishings, and even craft materials like glue. Gasoline and natural gas are major sources of VOCs, which are released during combustion.

Polycyclic aromatic hydrocarbons (PAH) are organic compounds containing carbon and hydrogen. Of more than 100 PAHs known to be widespread in the environment, 15 are listed in the Report on Carcinogens. In addition to combustion, many industrial processes, such as iron, steel, and rubber product manufacturing, as well as power generation, also produce PAHs as a by-product. PAHs are also found in particulate matter.

Dioxins and PCBs “Dioxins” is a collective term for over 200 chemical compounds, of which 17 are considered to be of toxicological significance. These compounds arise mainly as unintentional by-products of incomplete or poorly controlled combustion e.g., backyard burning of waste and from certain chemical processes.

How does air pollution affect our health?

Air pollution can affect lung development and is implicated in the development of emphysema, asthma, and other respiratory diseases, such as chronic obstructive pulmonary disease (COPD). PM and nitrogen oxide are linked to chronic bronchitis.

A large study conducted by NIEHS found more than 57,000 women living near major roadways had increased risk of breast cancer due to the TRAP pollutants. The NIEHS Sister Study also found other airborne toxic substances, especially methylene chloride, which is used in household cleaning products, aerosol products and paint removers, are also associated with increased risk of breast cancer.
Occupational exposure to benzene, an industrial chemical and component of gasoline, can cause leukaemia and is associated with non-Hodgkin’s Lymphoma. A long-term study, 2000-2016, found an association between lung cancer incidence and increased reliance on coal for energy generation.

Air pollution was also linked to a greater chance of developing several neurological disorders, including Parkinson’s disease, Alzheimer’s disease, and other dementias. PM 2.5 air pollution is also associated with accelerated memory problems and Alzheimer’s-like brain declines, which was seen mainly among women 65 years of age and older.

Whom does air pollution affect the most?

Air pollution affects everyone’s health, but certain groups may be harmed more. People with heart or lung diseases, children, and older adults are the most likely to be affected by particle pollution exposure. That is why it is important if you have underlying health condition to monitor the air quality in your home with an air quality monitor. See myecohubs air quality monitors.

Do we know the full health consequences of air pollution?

The short answer is no. Much more research needs to be done on the health effects of both indoor and outdoor pollution. Next week’s article will look at how you can reduce your exposure to air quality pollutants in the meantime please see our other articles on ” Is poor ventilation and bad air quality affecting your health?”

David Attenborough eye opening documentary – A life On Our PlanetWhy has Irish Water called for a national hose-pipe ban?2020 Global Energy review by the IEA – The impacts of COVID-19 on global energy demand and Co2 emissions.7 tips to save energy at home during the covid-19 pandemicPollution levels in parts of the world have dropped dramatically due to the COVID-19 Lockdown.Hand Sanatizer : Make your own WHO approved sanatizer that can kill 99.9 % of bacteria!Sheep’s Wool Insulation the pros and cons.How to achieve a Zero Waste Home 2020