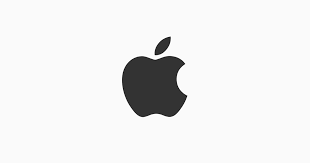 Apple’s newest addition to its Hollyhill campus is a shimmering three-storey structure known as Building Five that sits in stark contrast to the smaller, older red-brick constructions that made up the original site.

The interior of the new building at the Apple European Headquarters in Hollyhill, Cork.

Its appearance is more befitting a company of Apple’s size and stature in the 21st century, and the powers that be have decided to upgrade the four older buildings in the name of uniformity.

Work that has been ongoing for a number of months is due to be completed by Easter 2016, with the original manufacturing facility the last to get a lick of paint and a lot more besides.

Renovating is never quite the same as starting anew but if the construction work can bring the rest of the Hollyhill campus up to an environmental standard even close to that of Building Five, which opened its doors in January 2014 following a visit from Taoiseach Enda Kenny and Apple chief executive Tim Cook, it will be an impressive achievement.

The building has been designed from the ground up with energy efficiency a fundamental principle. More than 20 such measures mean the building is 40% more energy efficient than is required by current building regulations.

In truth, the building appears as if it’s a self-regulating, intelligent construct capable of adapting to its environment at any given time. It feels alive.

Twin glass-wall “active façades” separated by 600mm of void space help keep the building warm in winter and cooler in the summer using louvres, dampers, and blinds to reach the optimum calibration. The façades are supplemented by solar vacuums on the roof of the building which provide about 60% of the hot water required by the main cafe, counted by some employees as among the finest in Cork.

Thankfully, given Apple’s fondness for this part of the world, rainwater is put to good use too, with over 1m litres saved each year as a result of a harvesting system that converts it into the bulk of Building Five’s non-drinking water supply.

Artificial lighting is reduced in much the same way thanks to a system that adjusts to the amount of natural light bathing the office on any given day and switches lights off in unused areas, with a net result 55% energy saving in office areas.

Overseeing all the environmental advances for the last 18 months is environmental, health, and safety manager John, who has spent nearly 30 years in his field but is yet to see anything to rival the Hollyhill campus.

Born in Turners Cross and educated in Sligo IT and UCC, he’s local but, despite informing me that 70% of Cork people never leave their beloved homeland, it’s not a blind love for the county that keeps him knocking around but the chance to work on “frontier-breaking environmental projects” in Apple.

Everything, he says, is seen as a resource — waste especially. Food waste is composted and used in horticultural exercises that aid team building and everything is geared towards recovering and reusing materials. Some 3% of waste is used for energy on campus and none of it goes to landfill.

All of which adds up to award-winning standards which have seen Apple’s Cork campus awarded a BREEAM (Building Research Establishment Environmental Assessment Method) rating of ‘excellent’ in March, one of the highest scores in Ireland. The campus has also recently been certified as ‘Zero Waste to Landfill’ by Underwriter Laboratories, making it the third company globally to receive the certification and the first outside of the US.

Do you know how air quality effects your health?David Attenborough eye opening documentary – A life On Our PlanetWhy has Irish Water called for a national hose-pipe ban?2020 Global Energy review by the IEA – The impacts of COVID-19 on global energy demand and Co2 emissions.Pollution levels in parts of the world have dropped dramatically due to the COVID-19 Lockdown.The EPA and HSE link poor air quality with an increase in hospital admissionsThe relationship between climate change and hurricanes – Is climate change making our hurricanes worse?Nitrogen Dioxide Levels in Dublin higher than the EU average. Air Quality action plan required!
Cookies are small files that are stored on your browser. We use cookies and similar technologies to ensure our website works properly, personalize your browsing experience, and analyze how you use our website. For these reasons, we may share your site usage data with our analytics partners. You can learn more about how we use cookies by visiting our privacy policy page. Privacy policy. If you continue to use this site we will assume that you are happy with it.OkPrivacy policy